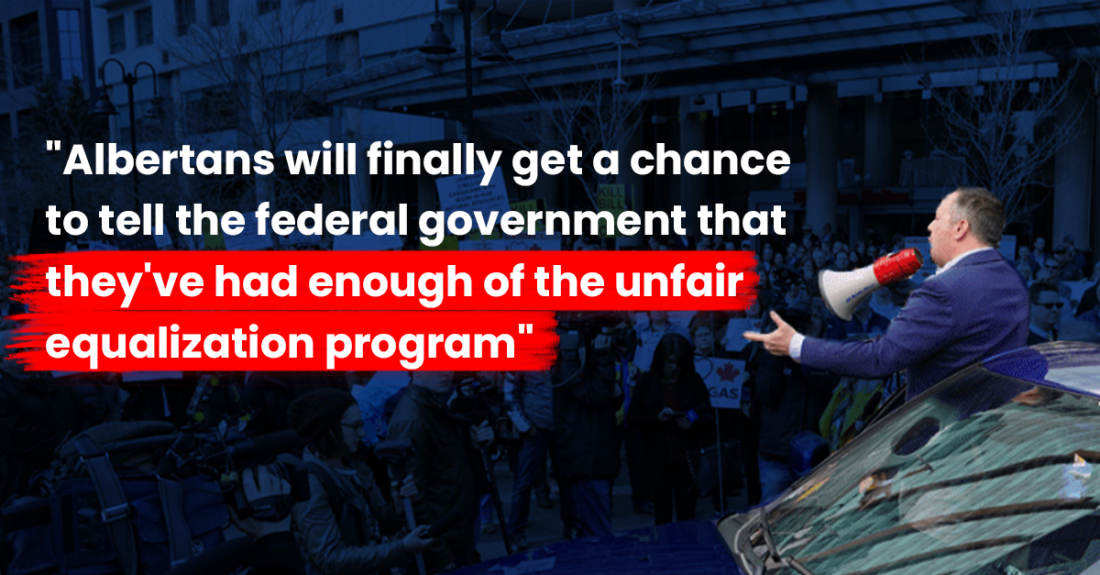 Today, Jason Kenney announced the question for the equalization referendum to be held on Oct. 18 this Fall.

If passed in the legislature, the question will be as follows:

“Should Section 36(2) of the Constitution Act, 1982 –Parliament and the Government of Canada’s commitment to the principle of making equalization payments – be removed from the Constitution?”

The referendum was promised during the last election campaign and was a key finding in the Fair Deal Panel’s findings released in 2020. If a significant majority vote yes in the referendum, it triggers a negotiation process with Ottawa and will send a strong message to the rest of the country.

“For too long, Albertans have been forced to subsidize public services in other parts of the country where politicians have been trying to block our pipelines and impair our vital economic interests,” Kenney said. “Albertans will finally get a chance to tell the federal government that they’ve had enough of the unfair equalization program, and want reforms that recognize our province’s role in creating national prosperity.”

The Fair Deal Panel report showed that Albertans made a staggering $240 billion contribution to equalization and other federal transfer programs between 2007 to 2018. That’s $240 billion that went out of Alberta and never came back.

Our message, simply asking for a fair share of what Alberta generated & sent to Ottawa, is being ignored.

That’s why we will be holding a referendum to scrap equalization from the Constitution in Oct 2021.

Albertans demand a fair deal from Ottawa – we won’t give up that fight.

Where do you stand on equalization?